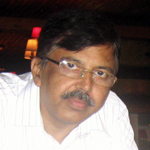 God’s Hand of Protection at Lathipada

I pray Lord that you would give me the wisdom to write my testimony so that your name is glorified.

Those were the initial years of my service when I was posted in Soroda and my wife Rebecca was posted in Bhanjanagar. Soroda and Bhanjanagar are 29 Kms apart. I did not know the regional language and this I found to my advantage many times.  I was newly married and that my boss’s office was in Bhanjanagar, I used to visit Bhanjanagar very often. This was known to everyone. However, before leaving Bhanjanagar, Rebeccaa always used to submit my going to Soroda in prayer to the Lord and seek His protection.

It is very important for us to submit each day to the Lord and seek his Grace, mercy and protection. He is such a loving God that He delights in answering our prayers though at times we are not even aware of His love, care and protection. The following short testimony would illustrate His saving Grace in my life.

While going from Bhanjanagar to Soroda one has to cross through one village, Lathipada. This was a notorious village where majority of the villagers were involved in timber smuggling. Although this village was situated in Central Range, they depended on the illegal timber procured from Soroda Range. After my joining, because of the continued raids and seizures the villagers were very aggrieved and they planned to assault me when I was crossing their village. It is a small village and where the village ended there was a small causeway and then there is forest all around. They had planned to ambush me near the causeway where my motorcycle would slow down. That this was their plan I was not aware of. I used to cross their village as usual in my motorcycle frequently without any untoward incident.

I was posted in Soroda under training for a year and enjoyed my stay there abundantly. However, about a month or two before my departure one villager from Lathipada came to my office and gave his testimony which made me proud of my Lord.

He met me and said that I had a lot of “atmabala”. Initially I did not understand what he was saying but then he revealed that the villagers of Lathipada had planned to kill me when I was returning from Soroda to Bhanjanagar near the causeway in the evening. They were lying in wait to ambush me when I slowed my motorcycle near the causeway. As I approached them they saw behind me hundreds of people coming with me and they were thrown back and I crossed their village without any mishap. I was totally unaware of the great drama happening around me.

However, sitting in the office, I knew that they were the angels sent by the Lord to protect me. He is a living and faithful God – a loving and caring God who goes to extremes to protect us and sustain us every day. Miracles are happening all around us even today. We see his distinct hand on everything in our life.

All Glory and Honour be given to Him and Him alone.