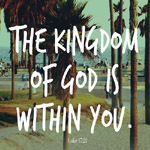 See the Abundance within you as His Kingdom is in you 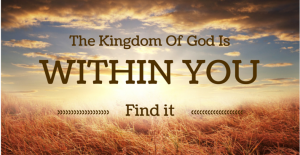 …For indeed, the kingdom of God is within you.”

When you were younger, were you often scolded for not finishing all your food or leaving the lights and fan on when you left your room? Were you constantly reminded that there are people starving in the world, that electricity costs a lot of money and that money doesn’t grow on trees? Now, do you find yourself telling your child the same things?

We are naturally conscious of lack, but Jesus isn’t. Even in the midst of lack, He was always conscious of abundance. Remember the little boy’s five loaves and two fish? What did Jesus do when these were placed in His hands? Did He say, “What do you expect Me to do with so little?” No, His eyes were not on the natural, the visible, the lack. His eyes were on the kingdom of God where there is always abundance. So in His hands, the little boy’s lunch was multiplied, and 5,000 men, not counting women and children, were fed that day! (John 6:1–13)

“But you may ask, where is that kingdom?”

As long as you have received Jesus as your Savior, that kingdom is in you!

As long as you have received Jesus as your Savior, that kingdom is in you!