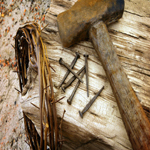 Only His work of Redemption Saves 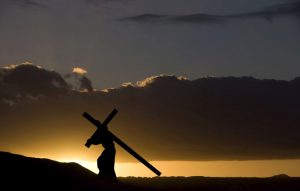 And He said to him, “Go, wash in the pool of Siloam” (which is translated, Sent). So he went and washed, and came back seeing.

When Adam sinned and fell, everything about creation fell. Yet, people today are still putting their trust in creation. For example, they try to become healthy by eating what is called the “Eden diet”—vegetables and no meat. They are acting as if creation did not fall. They also forget that there are people who eat well and exercise regularly, and still drop dead in the prime of their lives!

Thank God that what creation cannot do, redemption can and did. Jesus demonstrated this when He spat on the ground, made clay with the saliva and put it on a blind man’s eyes. (John 9:6–7) Now, it is certainly unusual to put clay on a blind man’s eyes because he would become doubly blind!

So why did Jesus do that?

He was demonstrating to us that all our body parts come from the ground and that because creation is fallen, the work of creation cannot open a blind man’s eyes. But the work of redemption can! That is why He sent the blind man to the pool of Siloam. The word “Siloam” means “Sent”, referring to the sent one, Jesus. When the blind man washed his eyes in the pool of the sent one, he received supernatural healing for his eyes.

Beloved, when we go to Jesus, the sent one who came to redeem us with the price of His blood, and we rest in His finished work, we will receive the miracle we need. If we believe that by His stripes we are healed (Isaiah 53:5), we will have greater health than those who trust in creation.

Jesus was sent to redeem us from every curse that came upon creation with the fall of Adam. (Galatians 3:13) He has redeemed us from sickness, pain, sorrow, depression, poverty and even death. The world may know Him as the Creator. But today, we know Him as our Redeemer. Where the work of creation cannot save us, His work of redemption can and has!

Where the work of creation cannot save us, His work of redemption can and has!