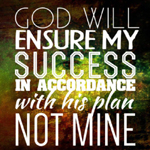 Only Christ can give you success

But of Him you are in Christ Jesus, who became for us wisdom from God…

It is believed that there has never been a wealthier king than King Solomon. God gave him wisdom that not only made him wise in matters of justice, but also brought him gold and silver (see 1 Kings 3:12–13).

According to a report by the Illinois Society of Architects in 1925, the cost of Solomon’s temple in terms of existing values would have been about US$87 billion! The priests wore garments costing more than US$10 million! These amounts only cover what Solomon spent on the temple and not his personal assets.

We can go on talking about the riches of King Solomon, but the Bible tells us that there is one greater than Solomon (see Matthew 12:42). His name is Jesus, and He is the most prosperous Man who ever lived and who will ever live.

If there was a need to feed the hungry, He simply multiplied whatever food was placed in His hands. On one occasion, He multiplied five loaves and two fish to feed 5,000 men, not counting women and children. And incredibly, there were 12 baskets full of leftovers (see Matthew 14:15–21).

If any of His own faced lack, it was not long before abundant provision flowed to them. Once, when His disciples caught nothing after a whole night of fishing, He merely spoke a word of command and schools of fish obeyed, swimming toward His disciples’ boat so that they received a net-breaking, boat-sinking load of fish (see Luke 5:1–7). In another incident, He provided the money for the temple tax, even if it took a fish to bring it to them (see Matthew 17:24–27)!

Beloved, believe that because Jesus, God’s wisdom, is in you, there is no reason you cannot prosper today, and astound the world in the same way Solomon did!

Beloved, believe that because Jesus, God’s wisdom, is in you, there is no reason you cannot prosper today, and astound the world in the same way Solomon did!