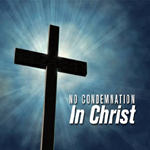 His Gift of No Condemnation 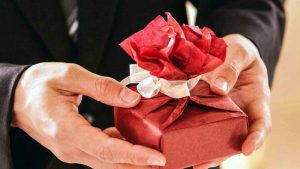 …“Neither do I condemn you; go and sin no more.”

When Jesus was on earth, a woman caught in the act of adultery was brought before Him by the scribes and Pharisees, the religious mafia of His day. They tried to trap Him by posing a question that was difficult to answer: “Now Moses, in the law, commanded us that such should be stoned. But what do You say?” (John 8:5).

Jesus answered, “He who is without sin among you, let him throw a stone at her first” (John 8:7). The scribes and Pharisees began to leave one by one till none of them were left.

He spoke such words of grace to her because He loved her. Also, by asking her the question, He was giving her a chance to speak words of no condemnation to herself—“No one [condemns me], Lord” (John 8:11).

Today, you have the gift of no condemnation because the Son of God was condemned for all your sins (see Romans 8:1). Today, God cannot condemn you when you sin because He is faithful and just to what His Son has done.

So if the devil tries to convince you that God is angry with you when you blow it, just say, “God does not condemn me today because He has already condemned Jesus at the cross 2,000 years ago!”

Today, you have the gift of no condemnation because the Son of God was condemned for all your sins on the Cross.