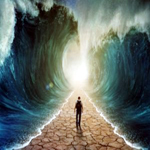 He is still the God of Miracles Today 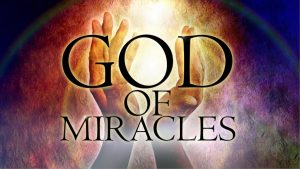 Jesus said to her, “Did I not say to you that if you would believe you would see the glory of God?”

God, who parted the Red Sea, rained manna from heaven, caused the walls of Jericho to fall, shut the lions’ mouths, healed the sick, raised the dead and calmed the sea, still performs miracles today.

However, some Christians doubt that God wants to work a miracle for them today. They believe that there were miracles when Jesus walked the earth, but they think that the day of miracles is over. And they talk about how everything will be perfect one day in the sweet by and by. But God wants us to know that He is still the God of miracles today.

Martha was like one of those Christians. She wondered if Jesus could perform a miracle when her brother Lazarus died. By the time Jesus arrived on the scene, Lazarus had already been dead for four days. So she thought that Jesus was four days too late. That is why she said, “Lord, if You had been here, my brother would not have died.” (John 11:21) And even when Jesus said that Lazarus would rise again, she said, “I know that he will rise again in the resurrection at the last day.” (John 11:24)

Martha believed that Jesus could perform miracles in the past and would do the same in the future, but she did not believe that He could give her a miracle when she needed it right then. You see, Martha was someone who lived wishing that the past could be changed and believing that the future would be better. But she did not believe that the “I Am” was there to meet her present need.

God wants us to know that He is still the God of miracles today.