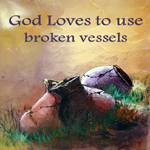 God uses those whom the world rejects 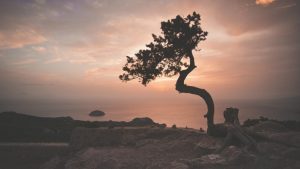 For you see your calling, brethren, that not many wise according to the flesh, not many mighty, not many noble, are called.

You may think that you are a nobody, maybe even a has-been or a loser in the eyes of the world. Take heart because God’s Word says that if you are not wise, not mighty or not noble according to the flesh, then you are a prime candidate for Him to call on! And when He begins to use you, you will see His favor, power and increase change your life.

In the eyes of the ancient world, Moses was the rising star of Egypt. The Bible tells us that in the first 40 years of his life, “Moses was learned in all the wisdom of the Egyptians, and was mighty in words and deeds”. (Acts 7:22) But God could not use him then because he was too smart, strong and full of himself.

It was only 40 years later, after having been in the unglamorous desert of Midian, emptied of himself and thinking that he was a has-been, that God sent him to confound the might of Pharaoh.

The world may pass them by—the weak, the small, the forgotten and the losers, but God chooses them to confound those mighty in the world.

I know what I was and where I came from. I thought I will never be able to do anything in life. I know I have done nothing and can do nothing apart from His anointing and grace in my life. I Praise God that today he has made me a blessing to many.

God chooses the weak, the small, the forgotten and the losers to confound those mighty in the world.