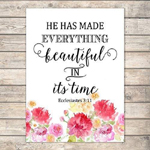 Everything is beautifully timed by God 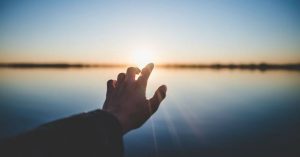 He has made everything beautiful in its time…

Nothing happens to you by accident when you have God in your life. Even a “chance” meeting with someone is part of His plan to set in motion His blessings in your life.

Such was the divinely arranged meeting of the Shunammite woman and Prophet Elisha. It led to the prophet pronouncing over her the blessing of a miracle child even though she was barren and her husband was old (see 2 Kings 4:8–17). A few years later, it was this friendship with the man of God, which saw her through a crisis when her son fell seriously ill and died—Elisha raised her son back to life (see 2 Kings 4:18–37).

When God is the one orchestrating the events in your life, neither lack nor danger nor destruction can affect you. When famine hit the land, the Shunammite woman’s family did not suffer because through Elisha, God had told them to leave the land. They went to the land of the Philistines and dwelt there throughout the seven years of famine (see 2 Kings 8:1–2).

God can place you at the right place at the right time, even through your daily decision-making. The Shunammite woman returned to Shunem after the famine had ended. She then decided to appeal to the king of Israel for help to regain her house and land, which had been illegally acquired by others during her absence. This decision brought her before the king on the same day that Elisha’s servant Gehazi was in audience with the king.

The king wanted to hear all about the miracles performed by Elisha. This gave the Shunammite woman the opportunity to share firsthand with the king how Elisha had raised her son from the dead. The thrilled king then ordered the restoration of her house and land, including all the proceeds of the field from the day that she had left until then (see 2 Kings 8:3–6). The Lord had timed and set up everything beautifully for her!

Beloved, God can also make all things beautiful in its time for you. As you involve Him in your daily life and trust His love for you, you too will see Him lead and place you at the right place at the right time to enjoy His blessings.

The Lord had timed and set up everything beautifully for you.