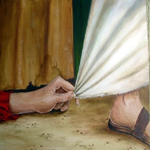 Convince Yourself, Not God 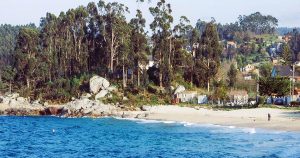 For she said, “If only I may touch His clothes, I shall be made well.”

With a crowd thronging Him, Jesus was touched by a lot of people that day (see Mark 5:31), but only the touch of one woman drew a response from Him. And her touch sparked off instant healing in her body, releasing her from a sickness that had plagued her for 12 years.

Do you want to know how to touch God and receive the miracle you need?

When the woman heard that Jesus was coming by her village, she said to herself, “If only I may touch His clothes, I shall be made well.” On her way to see Jesus, she probably told herself many times, “If I touch His clothes, I will be healed. I will be made whole.” We don’t know how long she had been saying that to herself, but she was convinced that Jesus would heal her.

If you are sick, convince yourself that Jesus is your healer and that by His stripes you are healed. You don’t need to convince God. He is not the one who needs to be persuaded because His blessing is already on you! It is you who needs to be persuaded that God has already given you your miracle. That is the reason you confess His Word—to convince yourself, not God, to persuade your heart, not His.

Some people confess their faith to others to convince God indirectly. For example, if they are believing God for healing, they go around telling their friends, “I am believing God for healing.” They are actually trying to convince or persuade God to heal them. They are telling God, “I’ve told so many people what I am believing You for. It would be very embarrassing if You don’t make it happen.” Their confession proceeds from unbelief and is used to manipulate God.

It is okay to tell others if you want to, so that they can stand in faith with you for your miracle. But don’t do it to prove your faith to God and to convince Him. You just need to convince yourself that God loves you and delights in blessing you. Just say to yourself, “By His stripes I am healed. I will not suffer lack. I am greatly blessed, highly favored, deeply loved!” And let God take care of the rest.