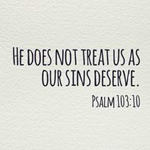 God is not on a Sin hunt 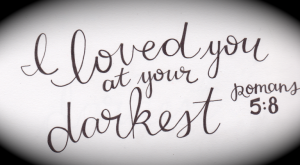 For God did not appoint us to wrath, but to obtain salvation through our Lord Jesus Christ.

This is evident because if God was on a sin hunt, He would not have allowed anyone to stop Him. But we know that He let Abraham in on what He was about to do and even allowed Abraham to entreat Him.

Abraham asked God if He would destroy Sodom if He could find 50 righteous people there. God’s reply was, “If I find in Sodom fifty righteous within the city, then I will spare all the place for their sakes.” (Genesis 18:26). Abraham then asked God if He would destroy the city if there were only 45…40…30…or 10 righteous. And each time, God’s reply was that He would spare the place for the sake of the righteous.

Abraham stopped at 10. If he had gone down to just one righteous man, I believe God’s reply would have been the same because He was on a righteousness hunt.

Now, if God was not all out to destroy then, how much more today, when God has already judged our sins in the body of His Son? At the cross, Jesus exhausted all of God’s fiery judgments until there was no more fire of God’s wrath left for us!

Today, God is not judging us for our sins because He has found the righteousness of the one Man—Christ Jesus. So do not let anyone tell you that God judges you for your sins and punishes you with cancer, car accidents, business failures or brokenness. God would be unjust if He punished the same sins twice—in Jesus’ body and then in yours.

Beloved, God is not out to judge you but bless you today, not because you deserve it, but because Jesus was judged and punished in your place!

God would be unjust if He punished the same sins twice—in Jesus’ body and then in yours.