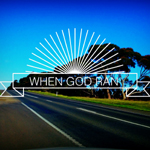 “But the father said to his servants, ‘Bring out the best robe and put it on him, and put a ring on his hand and sandals on his feet.

If you are a believer, you are probably familiar with the touching story of the prodigal son that Jesus shared. Who do you think the father in the story represents? Jesus’ Father in heaven, of course. Jesus was giving us a picture of His Father, who is also our Father.

In the story, the father was seen running toward his son, who was returning home. (Luke 15:20) Do you realize that God is never described as being in a hurry in the Bible? He is always cool and composed. The only time He is portrayed as being in a hurry is in this story. Though improper in Jewish culture, the father held up his robe and ran. Where was he running to? Why was he in such a hurry?

The father was in a hurry because he had seen his son, who was still a long way from home. He was running toward his son as he could not wait to embrace and kiss his child again.

The father was in a hurry to clothe his son with the best robe. My friend, our Father has put the best robe—the robe of righteousness—on us. In doing so, He has reinstated us as sons of the Most High God, a position which we had lost when Adam fell.

The father was in a hurry to put a ring on his son’s hand. Like the authority that is invested in the signet ring of a rich man’s son, our Father is eager to put back into our hands the authority to invoke His name, so that we can walk in dominion every day.

The father was in a hurry to put sandals on his son’s feet to assure him that he was still his son—only servants went about barefoot. Our Father never wants us to feel like hired servants or outcasts. We are always His sons.

Beloved, if the Father appears to be in a hurry, it is only because He is in a hurry to assure you of your position as His precious child!

If the Father appears to be in a hurry, it is only because He is in a hurry to assure you of your position as His precious child!