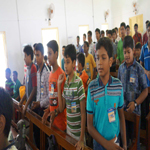 This year, the Vacation Bible school was conducted from 2nd till 9th of May, 2016. Like the previous two years, our Church organized this Retreat in association with Scripture Union & CSSM. Rev. Manas Mohan Roul and Rev. Ashish Pradhan were the lead persons who helped us in conducting the Seminar along with other members of that organization. 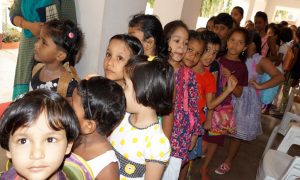 Rev. Ayub Chhinchani, Associate Pastor, Union Church Church was the Camp director. The Retreat used to begin everyday @ 7 am with Praise and Worship. Before that, the teachers used to assemble for their time of Prayer. We had about 31 teachers this year, who imparted the Word of God to the students. We Praise God for giving us wonderful teachers who gave their time in teaching this children God’s Word. On an average, we had nearly 200 children everyday who attended the VBS. Despite of the heat wave conditions in the State at present, we thank the parents for sending their children to this classes.

The classes were divided into 5 categories: Beginner; Primary; Junior; Intermediate and Senior group. The study pattern this year was based like this: The 1st session usually had a study on the life of a Prophet and the 2nd session after the breakfast interval was based on mission and how the Bible spread through the centuries. Usually after Praise and Worship in the morning, there was Devotion led by prominent leaders of our Church. After the 2nd session; before the day ended; the teachers met again for Prayer and fellowship. Day 4 was observed as the “Day of Labor“.

On the 3rd day, the children were asked to do some meaningful work at home and whatever their parents gave, they would give that in Church; which would be used for conducting such VBS classes in Malto and other remote areas. Day 6 was the “Day of Inspection“. On this day, the students used to implement what they have learned through charts, posters, skits and Q & A were asked by the appointed inspection team. On Day 6, Saturday evening; we had love feast for the children of VBS. They were given a simple dinner which was thoroughly enjoyed by the students. 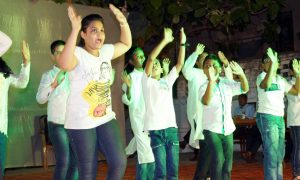 Monday (9th May) was the last day of this year’s VBS. In the morning, the students went inside the Church premises 2-3 times. It is known as Prabhat Pheri. The students were led in their groups by their respective teachers. After this, there was breakfast and Devotion. In the evening, there was Convocation where the students gave their special performance. Usually, their performance was based on what they have learned during the the week long VBS. Mr. John Bunyan Nayak was the Chief guest for this evening show. The children gave wonderful, skillful performances. Parents were present to encourage their children and everyone had a great time. At the end of it, the teachers were honored and given small gift packs as a token of their hard work put forth during the week. Without their sincere efforts, VBS would never be possible. We Praise God for helping us to conduct the VBS this year in Church. Let us uphold all those children who attended VBS this year and learned God’s Word. Let them grow in the fear of the Lord in this world. Click on the links below to see the full picture gallery.