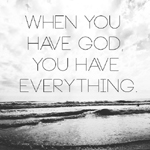 Everything is yours, my child 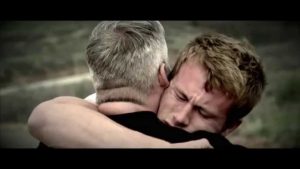 …‘Son, you are always with me, and all that I have is yours.

After running a few errands for his parents, a little boy went to his father and said, “I know why you and mummy had me.” “Why?” asked his father. “So that you guys would have someone to run errands for you!” exclaimed the boy.

Like the little boy, do you see God as a Father who demands obedience and service from you? Have you ever felt that unless you obey Him and keep all His commandments, you don’t have a right to be blessed by Him?

Jesus shared the story of the prodigal son to show how some of us call God “Father” and yet don’t know His heart. There are two sons in this parable. We know what happened to the prodigal son, but we can also learn something about the older son. This is what he said to his father when he discovered that his father had thrown a party to celebrate the return of his irresponsible, spendthrift brother: “Lo, these many years I have been serving you; I never transgressed your commandment at any time; and yet you never gave me a young goat, that I might make merry with my friends.” (Luke 15:29)

Now, this son believed that his father had brought him into the world to serve him. He saw his father as someone issuing commandments to him all the time. And he saw himself as someone who had to obey those commandments to enjoy his inheritance. But the truth is that the father had already given him his inheritance. (Luke 15:12) The father even reminded him lovingly: “Son…all that I have is yours.” And I am sure that that inheritance included more than one goat!

Have you, like the older son, failed to understand your Father’s heart? Your heavenly Father already gave you a rich inheritance in Christ when you became His son. He wants you to know that you have received the Spirit of sonship. (Romans 8:15) So call out to Him, “Abba, Father!” and know how much He loves you. Because you are His heir, all that He has is yours to enjoy today!

Thought For The Day

Your heavenly Father has already given you a rich inheritance in Christ when you became His son.